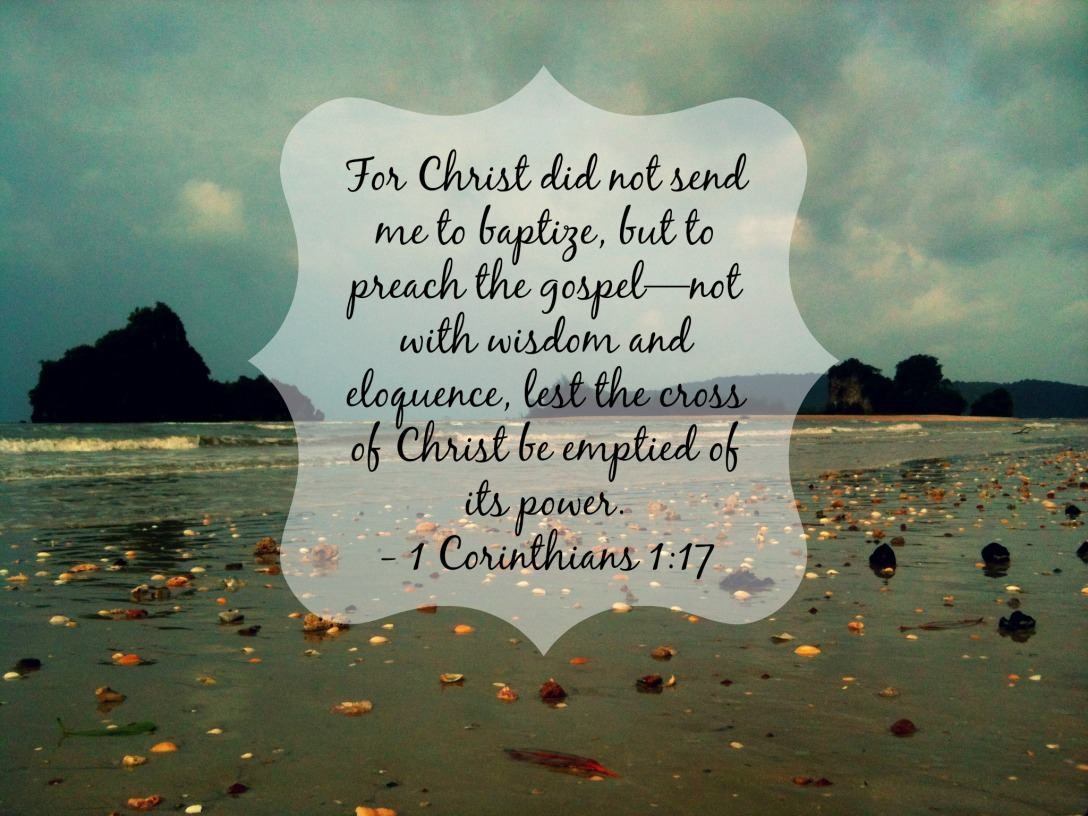 I was not a church girl.

I grew up neither in Sunday school singing about Jesus, reading and studying the Bible, nor hearing about Him other than being a God who walked on Earth performing miracles. I grew up not knowing that He loves me or that He wants a relationship with me.

Yes, as a kid, I have heard and read stories of godly men like Moses and Noah; but I viewed these stories from the eyes of someone whose perspective of God was slanted on the belief that if you are not good enough, He will not let you “in” His circle of exceptional people.

In my eyes, these godly men and women from these remarkable stories had nothing in common with me. They sounded, to me, like perfect people who could do no wrong. Thus, God favored them. It took me awhile to understand that was not true.

When I came to personally know Jesus Christ, it wasn’t a dramatic change. It happened slowly. He gradually abolished layers and layers of lies that I held on to for most of my life.

I don’t think He is quite finished with that.

A few mornings ago, when we had our devotional with the team, who helped us for a month, God pricked my heart through one of them. She spoke about feeling inadequate; it pushed me to reflect on and come face to face with what I have been silently struggling over for a while now.

It all appears to me like I am in an ocean drowning and trying hard to keep myself afloat.

I know I shouldn’t be thinking this way. It’s so shallow to be holding on to these thoughts, yet I do.

God broke this silent suffering I am going through in my heart. He shattered the coat of lies that has eclipsed me from His truths when He spoke to me through her devotional and His Word in 1 Corinthians 1:17 and 1 Corinthians 1:26 – 31.

1 Corinthians 1:17
For Christ did not send me to baptize, but to preach the gospel—not with wisdom and eloquence, lest the cross of Christ be emptied of its power.

1 Corinthians 1:26 – 31
Brothers and sisters, think of what you were when you were called. Not many of you were wise by human standards; not many were influential; not many were of noble birth. But God chose the foolish things of the world to shame the wise; God chose the weak things of the world to shame the strong. God chose the lowly things of this world and the despised things—and the things that are not—to nullify the things that are, so that no one may boast before him. It is because of him that you are in Christ Jesus, who has become for us wisdom from God—that is, our righteousness, holiness and redemption. Therefore, as it is written: “Let the one who boasts boast in the Lord.”

I felt God chastise me that day. His voice was so loud in my ears I could barely stand it. His Presence was so strong and so undeniable; I broke down. Yet at the same time, I felt His warmth. I felt the pain in His heart for how it hurt Him that I am hurting. I felt His arms affectionately envelop me reminding me that what I am doing here is not dependent on what I can do but on what He can do through me.

Yes, I am inadequate, and that is good. I am not supposed to be enough for anyone or anything. He chose me not in spite of my inadequacies but because of them. He wants to show His power and His strength in my weakness. I see that now. I believe that now more than ever.

I want to encourage you with this, with what God has shown me. I believe this is true not only with me but with you. He chose you for a certain time and a certain situation because He wants to work through you.

He chose you not in spite of your inadequacies but because of them, so that people will glorify Him in you.

4 thoughts on “I Am Inadequate”

So, what are your thoughts about this? Cancel reply

Discover the Trail of My Journey

What I Ramble About

Still On The Throne