We kept coming back to his store.

We were in a city in China, window-shopping at a mall looking for souvenirs; we happened on his store. For numerous times, we kept coming back for more of his items. The team came and bought many of his products — me, buying most of his ceramic-made bracelets.

We seem to be drawn to his quirky store, an assortment of charming accessories and knick-knacks. There was a welcoming feeling in his tiny space in this interesting mall.

On the second night (and yes we went to his store again), one of us saw his bracelet with the cross dangling on it. She burst in excitement and asked, “Are you a Christian?” He had a ready and eager answer, “Yes!” With little English on his part and virtually no Chinese on our part that question and answer prompted a heart connection among strangers who have only one common ground — Jesus.

The next morning, after that joyful discovery about the storeowner, we went to the orphanage where we were spending time with kids who suffer from brittle bone disease. Brittle bone disease is a genetic disorder characterized by fragile bones that break easily; some of these kids can’t walk due to this condition.

As we were entering the main house of the orphanage, a taxi pulled up behind us. A guy and a beautiful woman got off the taxi. We were inside the house, not too far from the front door, when we all intently looked at the guy for at least 10 seconds before his face registered in our brains.

Without hesitation, we all walked towards him and started greeting him.

“How did you know about this place?” “What are you doing here?” We all chimed in with different questions. All he said was, “For the kids,” as he was handing us three plastic bags. There was a bag that had several girls’ headbands, a bag that had various little stuffed toys that you hang on mobile phones (quite common in Asia), and a bag that had one yellow remote-controlled car.

One yellow remote-controlled car. It seems an odd addition to the mix.

Yet when we saw the toy car, we all looked at Joseph. Joseph is one of the kids in the orphanage; he is also one of those who can’t walk. At that time, he was the only kid in the living room.

“You should be the one to give this to him,” one of us said to the storeowner.

When he went to Joseph and spoke in Chinese while giving him the toy car, Joseph almost jumped out of his wheelchair, made a hand gesture punching the air, and cried out a Chinese word I imagine can only mean something very good looking at his eyes dancing with happiness.

Yes, there was no denying it. He was ecstatic over the gift. We were all thrilled to have witnessed that beautiful moment.

I never really knew the full story of how the storeowner found us on that cold Thursday morning until Sunday — our last day. We gathered together one last time the night before our departure to share stories and highlights of our time in China. One of us shared the story about the storeowner and Joseph.

Our translator, who is also our sister in the faith, told the storeowner where we will be the next day the night we learned that he is a Christian. She told him we were spending time with kids at an orphanage. He said he wanted to come and join us. He said he also wanted to help the kids. So she gave him the orphanage’s address.

Unbeknownst to her, he brought gifts when he came. She came in a little after us to accompany the second half of the team. So she didn’t see when the storeowner arrived and gave Joseph the car.

Then she went on saying, “His birthday was two days ago; he said he did not receive what he prayed for instead he got a cake. But he added that it was okay. He was still happy.”

My heart stopped when I heard the last part of the story. What I felt that very moment as I digested that tiny yet crucial piece of information was indescribable.

Joseph prayed for the remote-controlled car. He asked for it.

No, the storeowner didn’t know about the prayer; but God did.

It explains all that transpired in the last few days even as we were strolling in the mall looking for mementos. A seemingly unimportant wandering at the mall with no real agenda for anything, God had something else in mind.

All of that for one kid’s innocent, little prayer. God orchestrated such an elaborate plan of bringing this guy to Joseph’s front door as an answer to his prayer.

After absorbing this, I was beyond myself. A surge of emotion from deep inside of me came up and wrecked my soul shattering any hardness left in it. I didn’t have the words (and I still don’t) to fully explain that what just materialized was nothing short of a miracle.

A simple yet involved and carefully planned series of events that spelled out how God goes at length to bring a smile to His child is such an intimate display of His affection. God’s voice was very loud at that very instance. It was so deafening to me that all I could scribble down my notebook was “Joseph’s Prayer.”

Perhaps those words were enough, for it was Joseph’s prayer that brought him, the storeowner, and us to that awe-inspiring juncture of God’s handiwork.

6 thoughts on “The Storeowner and Joseph’s Prayer”

So, what are your thoughts about this? Cancel reply

Discover the Trail of My Journey

What I Ramble About 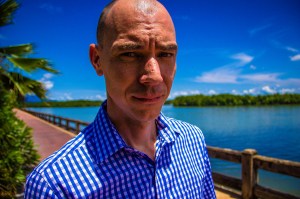 Snapshots of My Journey